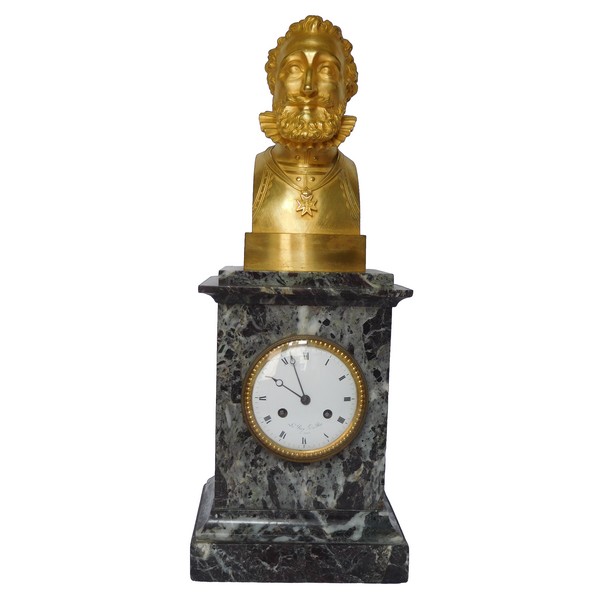 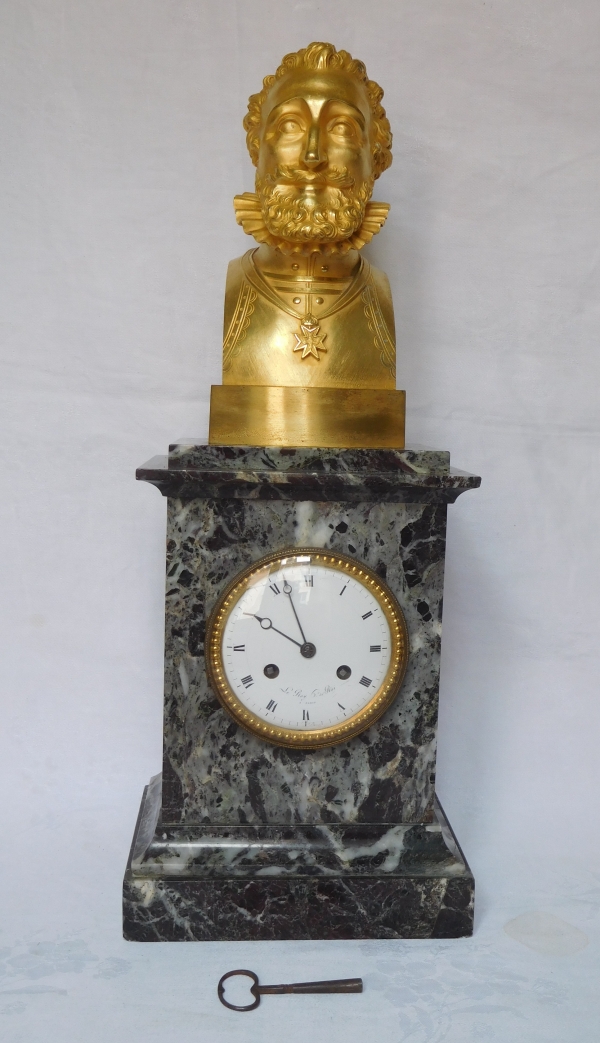 Beautiful model, matt and shiny ormolu finish that rests on a Levanto marble.

Our clock is signed Le Roy, one of the greatest names of French clock during late 18th century / early 19th century, clockmaker for the King in Paris, and later for the Emperor. He used to work with the finest bronzemakers of his time (Thomire, Claude Galle). Our bronze is not signed but could be the work of one of them.

It is in excellent condition. Ormolu has remained quite fresh. The clock has been revised and is working well. A slit on the glass behind the mechanism (not usually visible then). 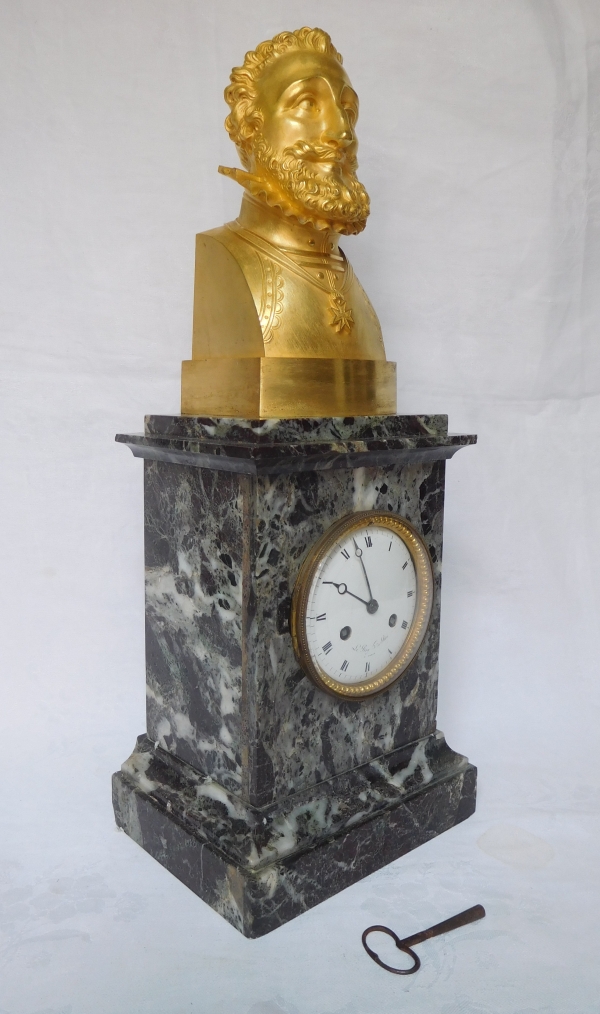 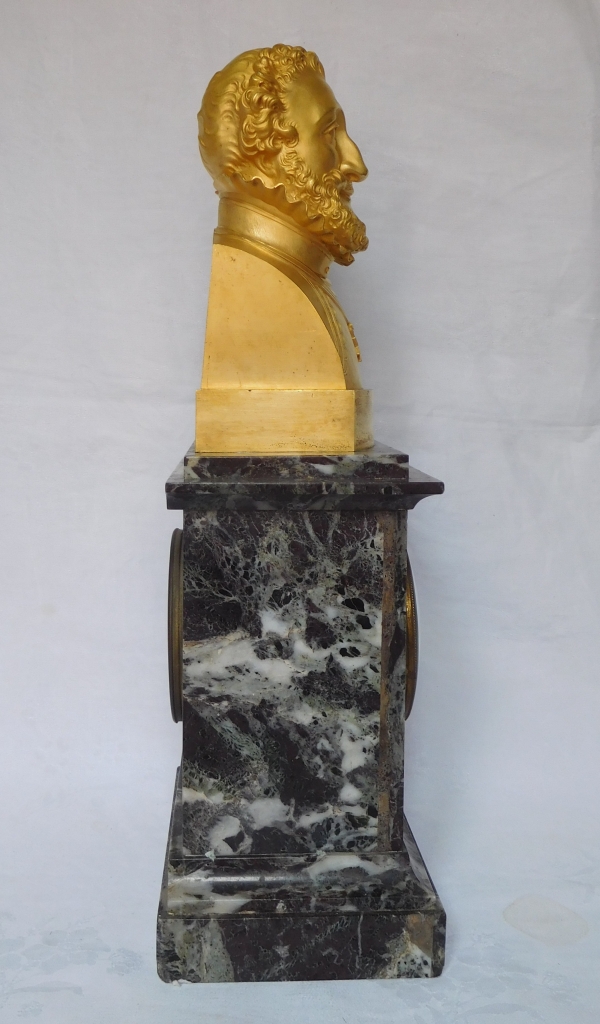 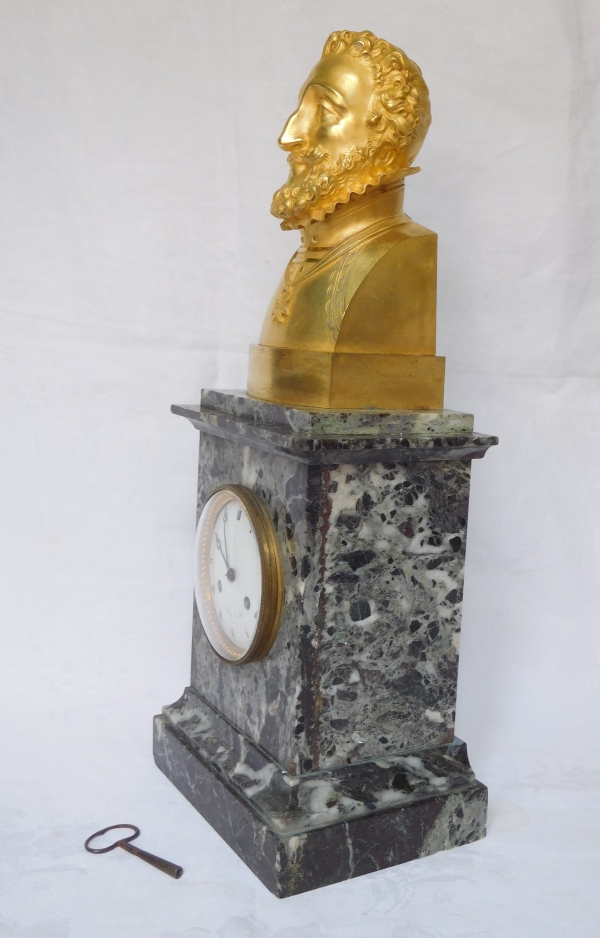 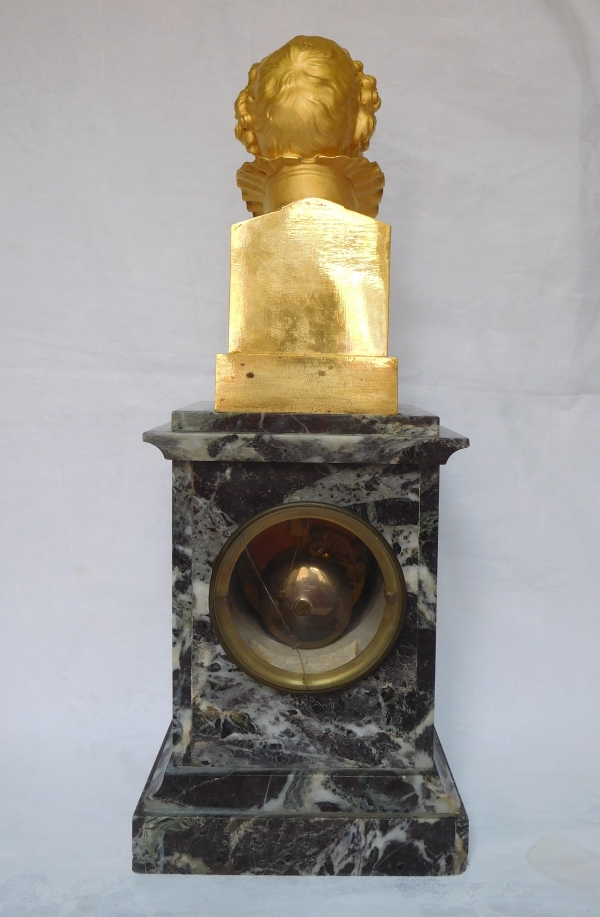 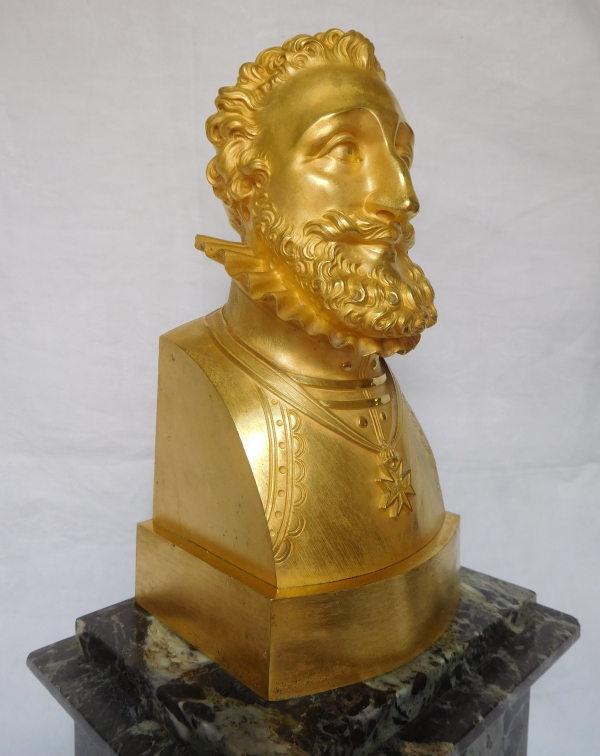 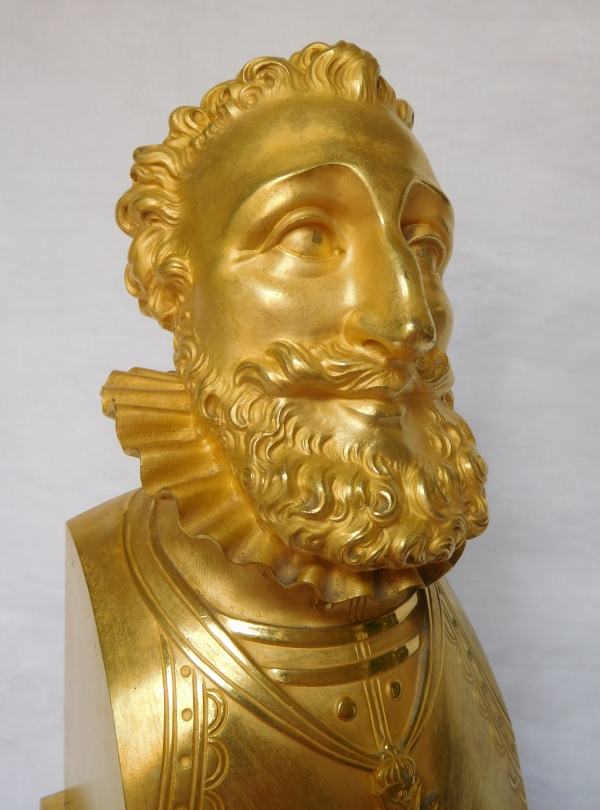 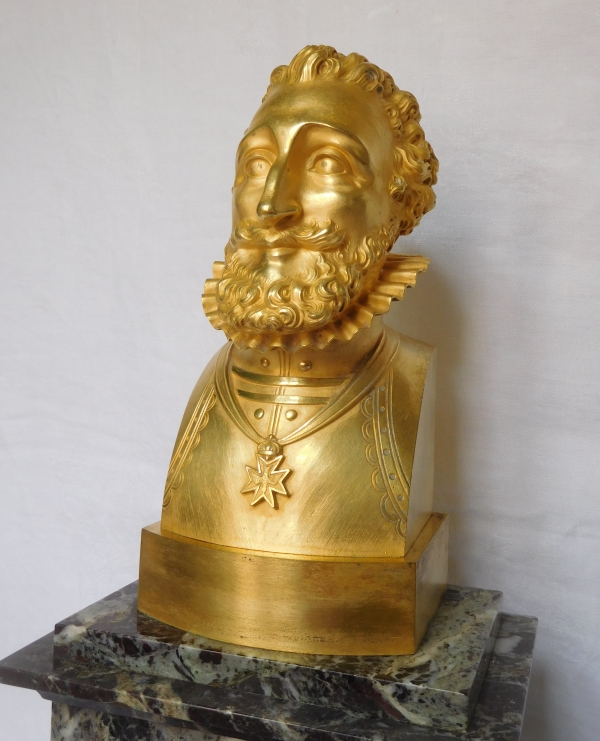 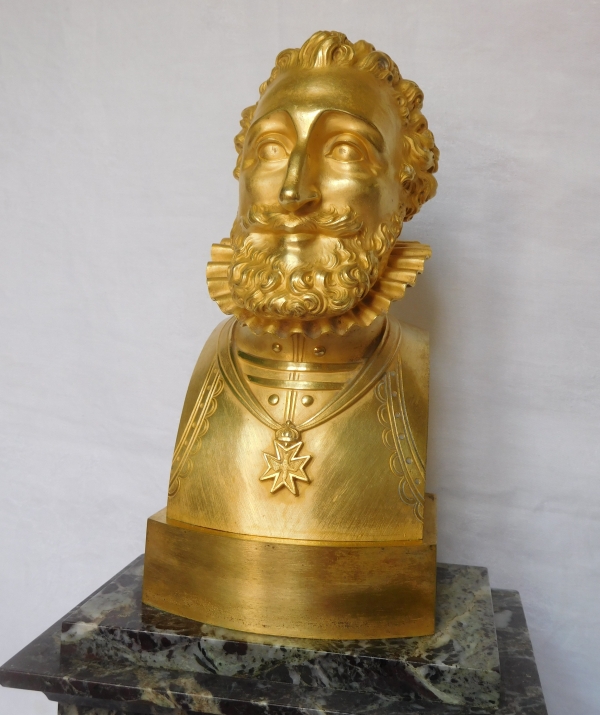 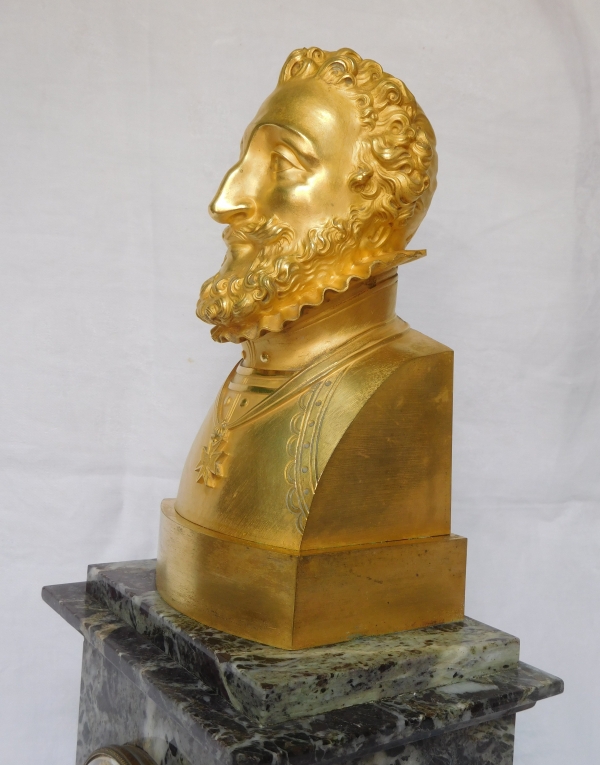 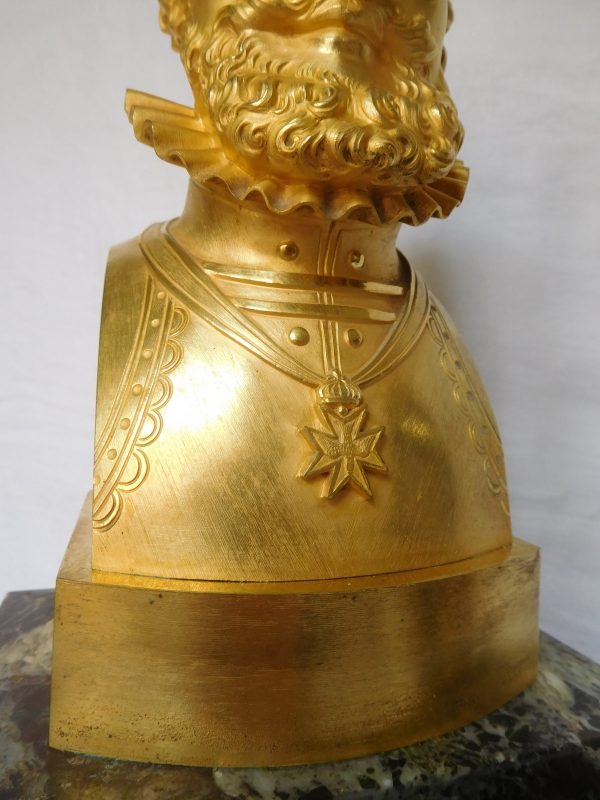 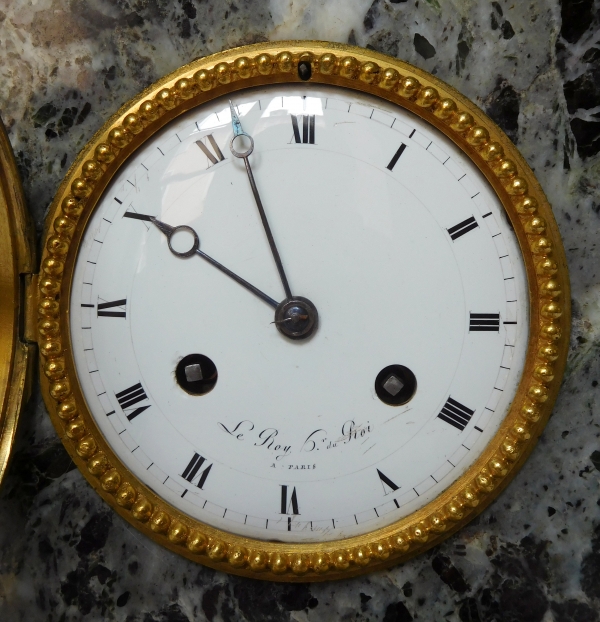 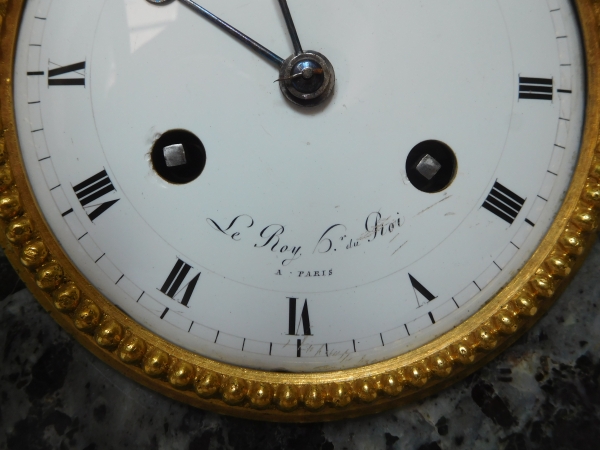 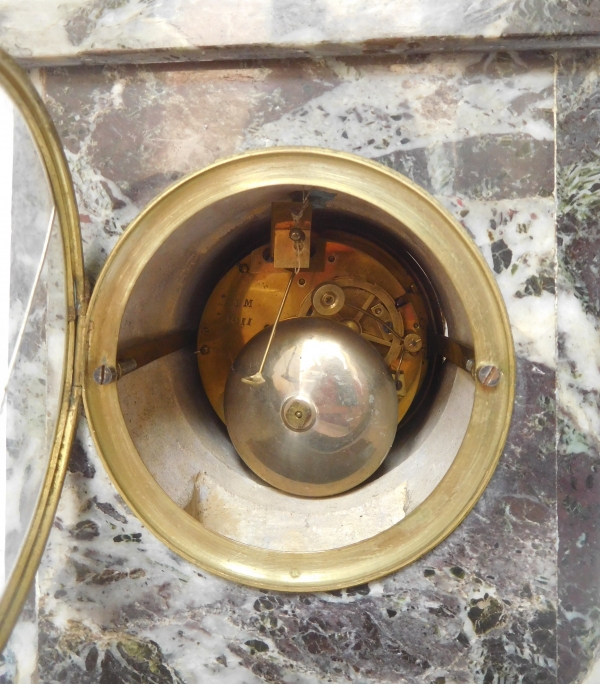 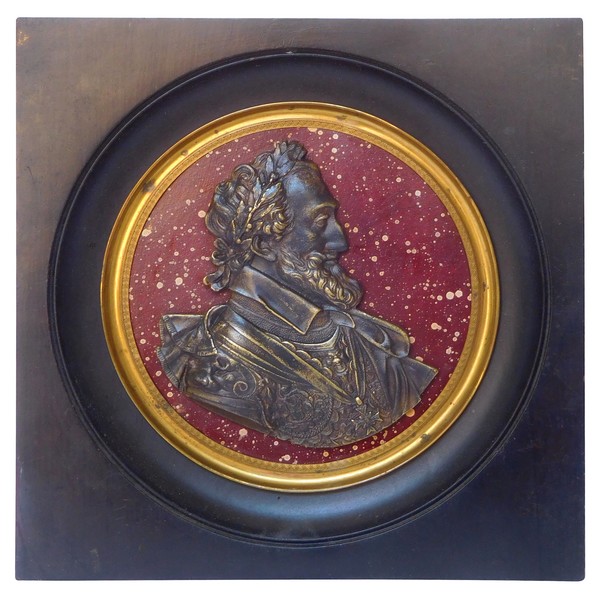 Miniature bronze portrait of Henri IV on a porphyry background 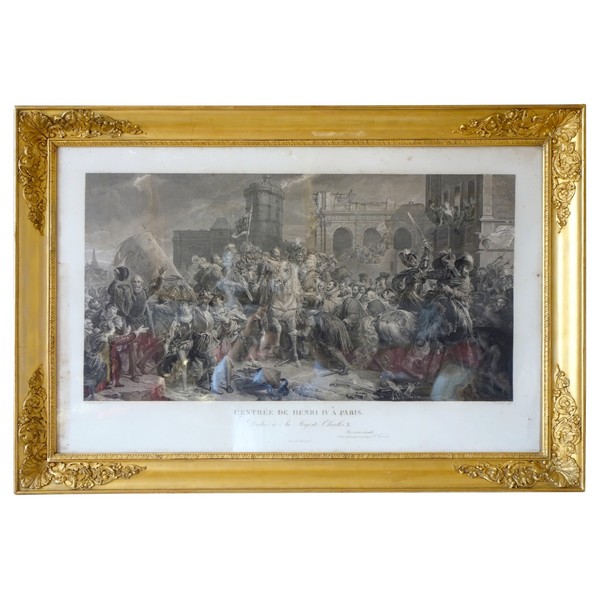 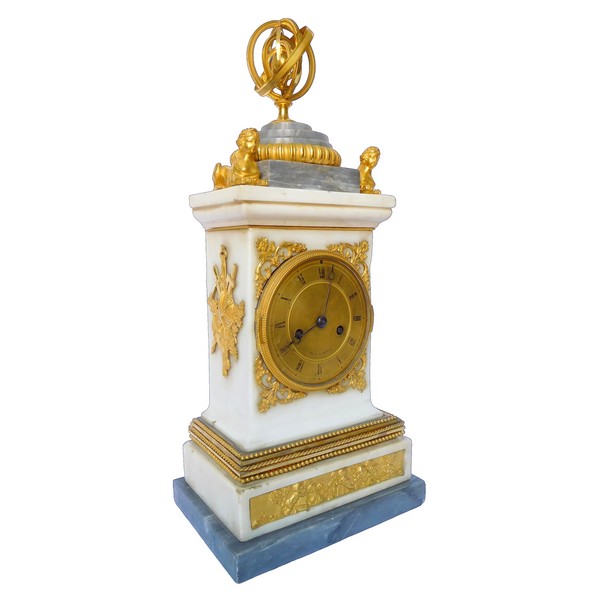