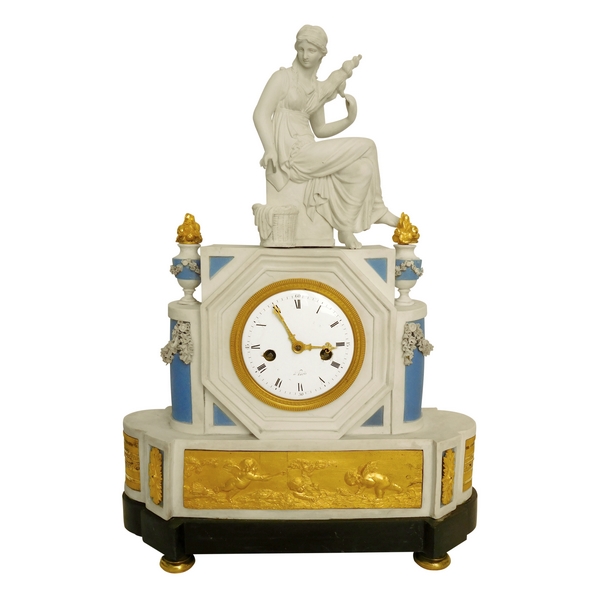 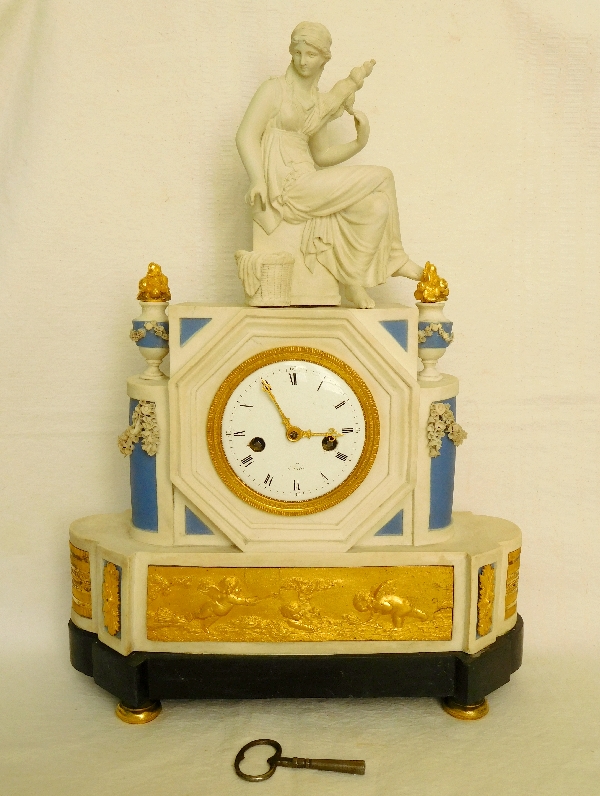 Sitting on the terrace, the young woman spinning wool with her cattail is the allegory of destiny (Clotho goddess). The theme of the spinner was a great success in France at the end of the 18th century and under the Empire. The model is listed in the tencyclopedia of French clocks by Pierre KJELLBERG page 341.

Very good condition, it is working, it is complete. 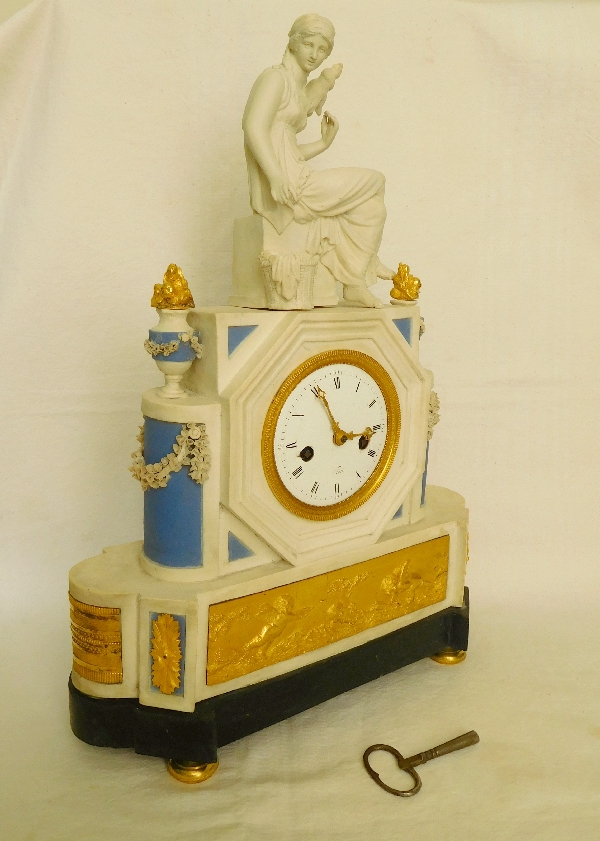 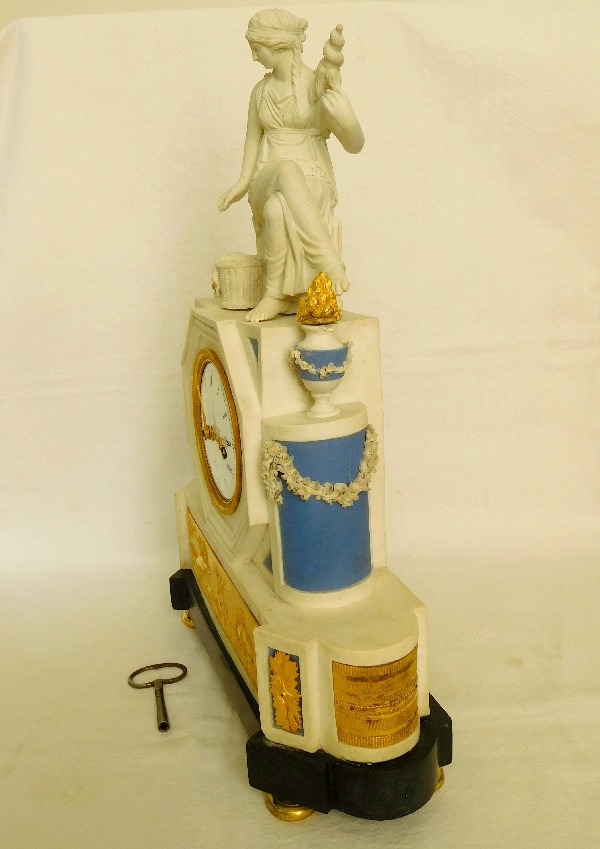 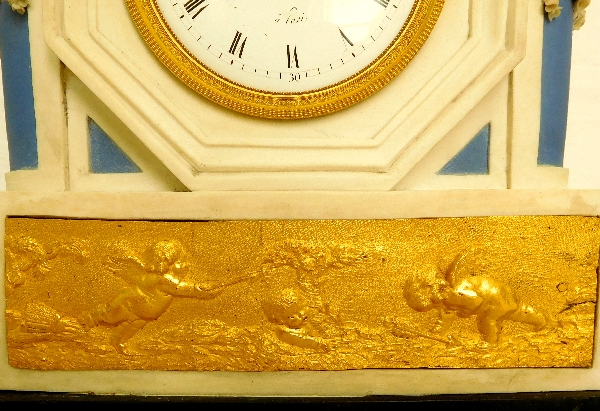 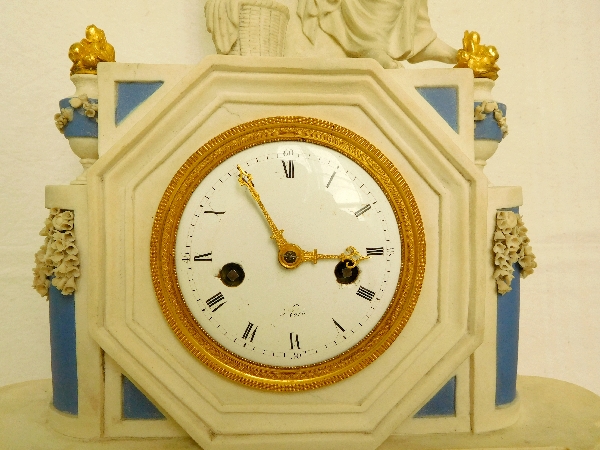 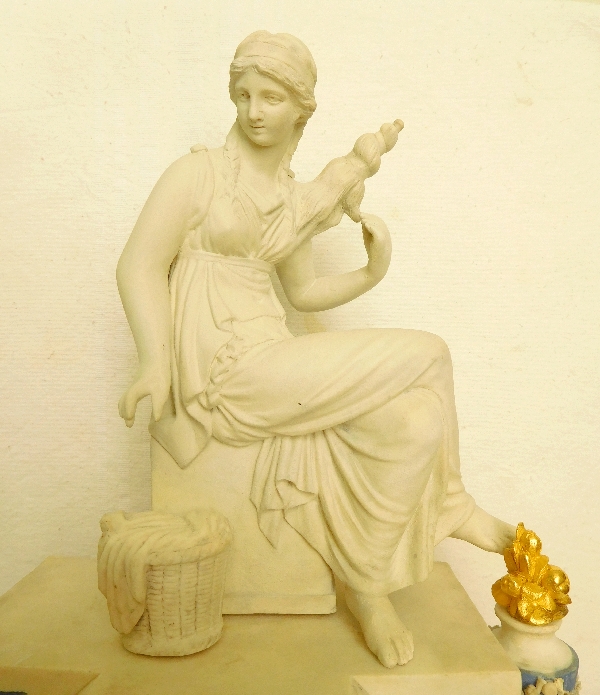 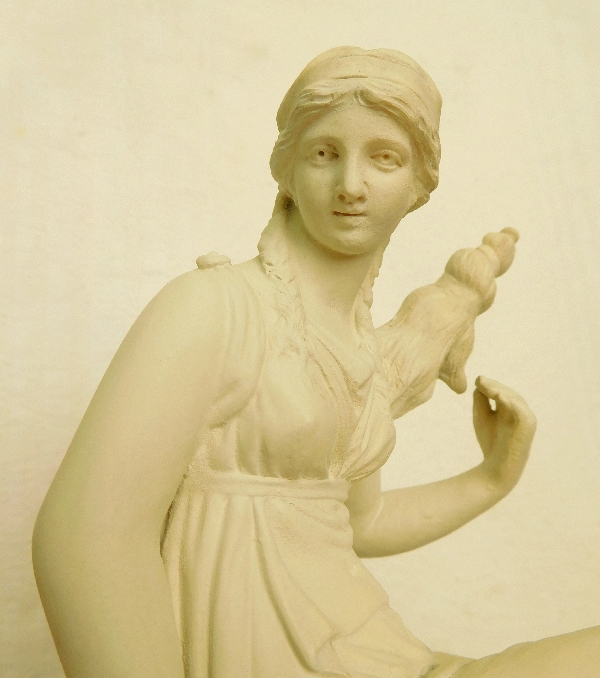 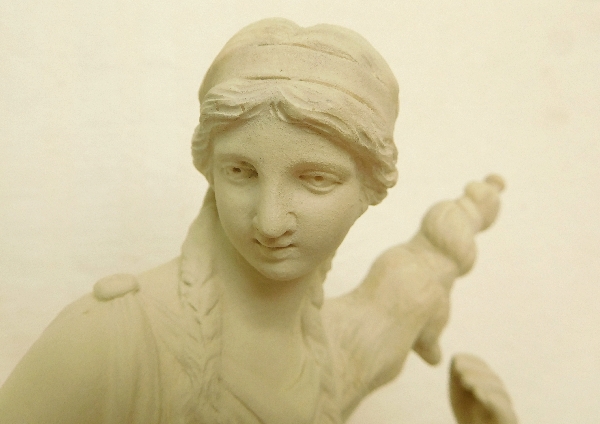 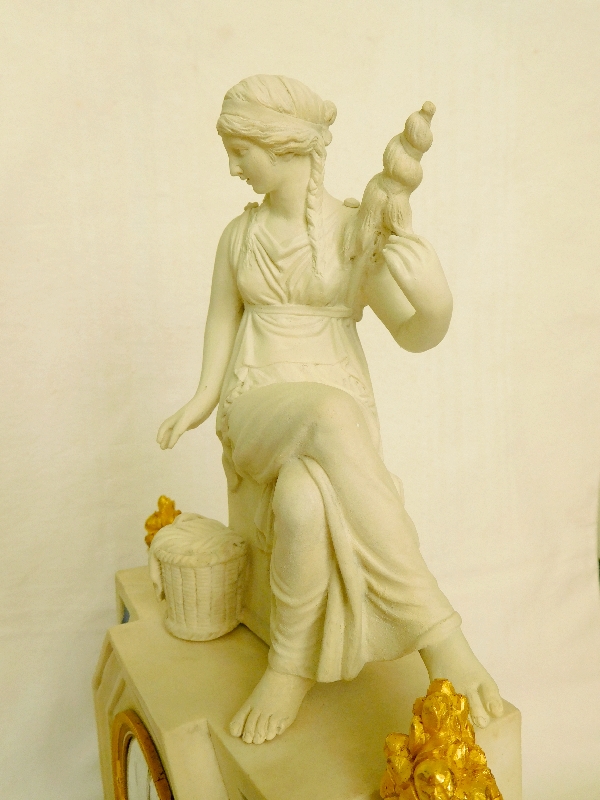 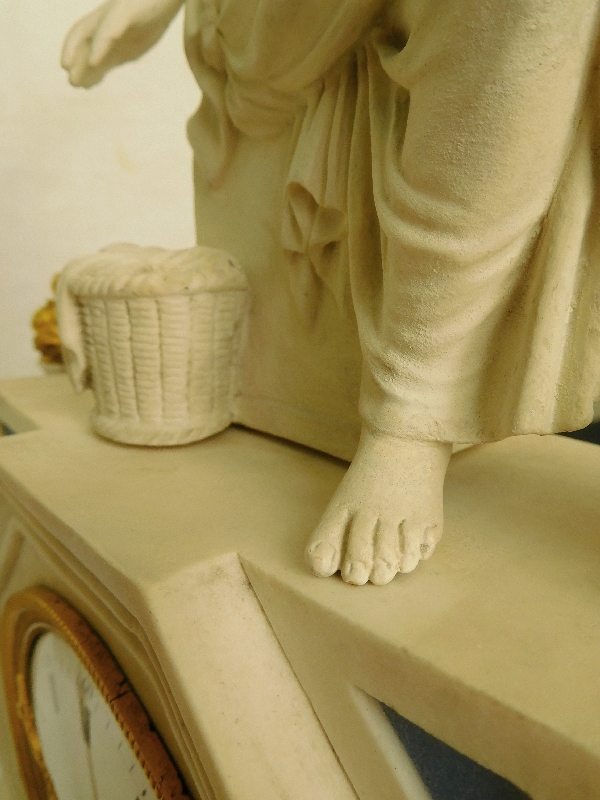 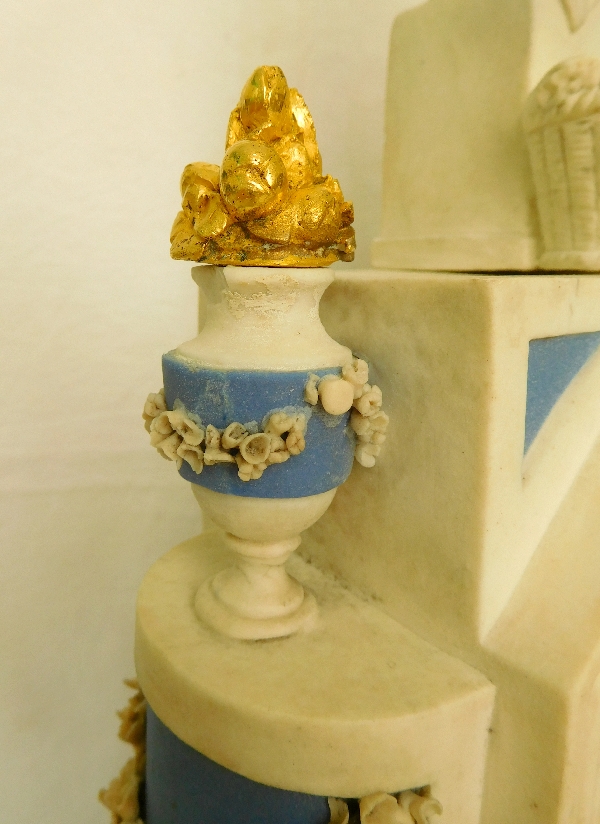 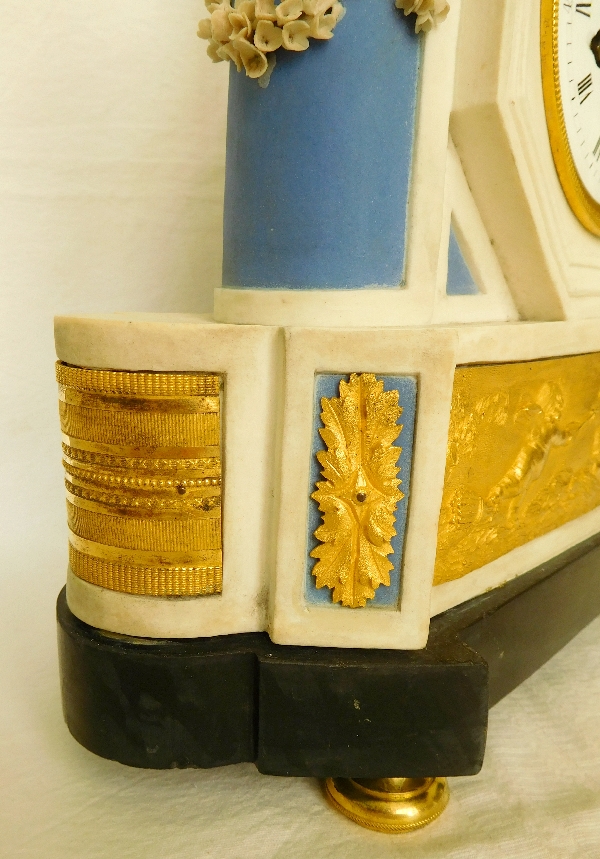 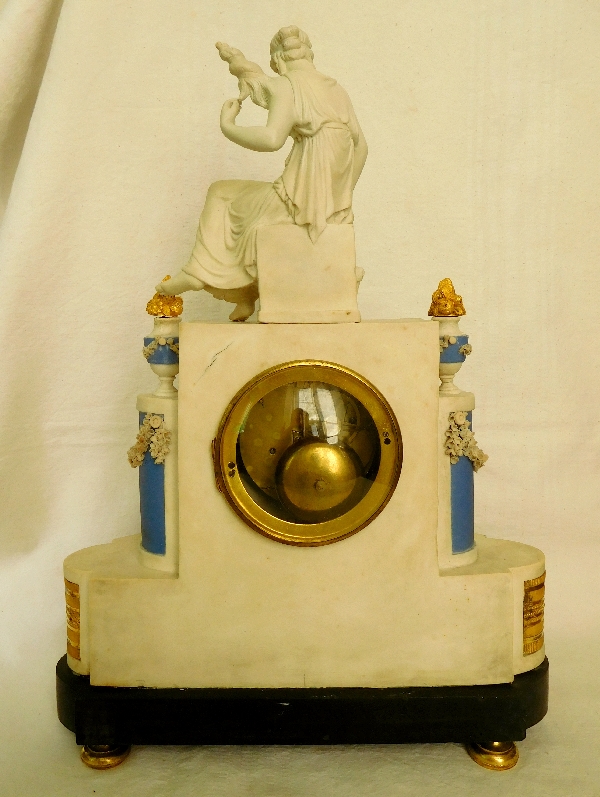 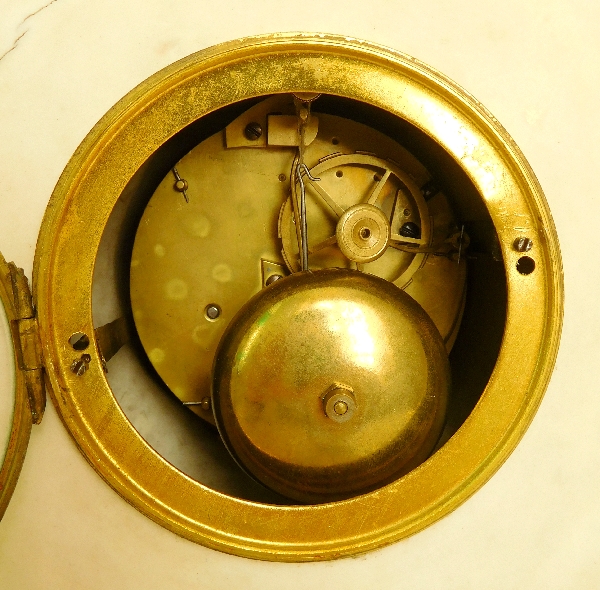 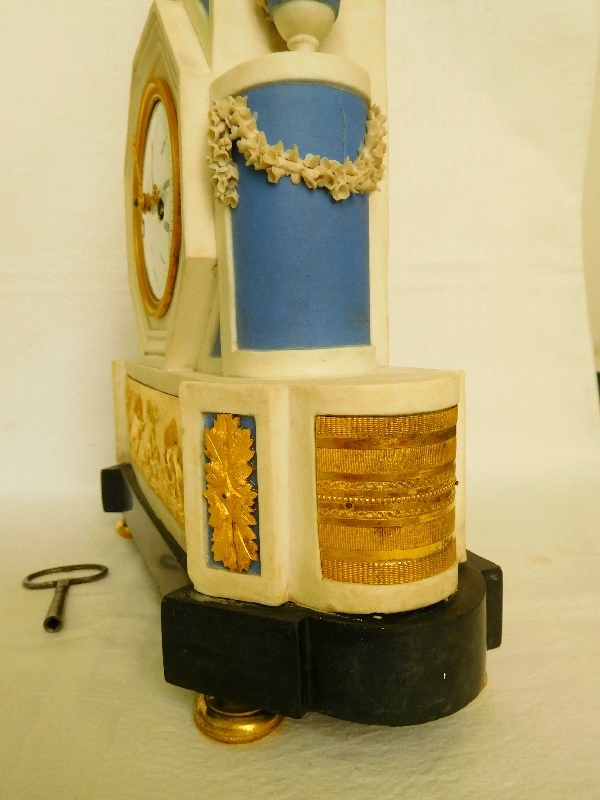 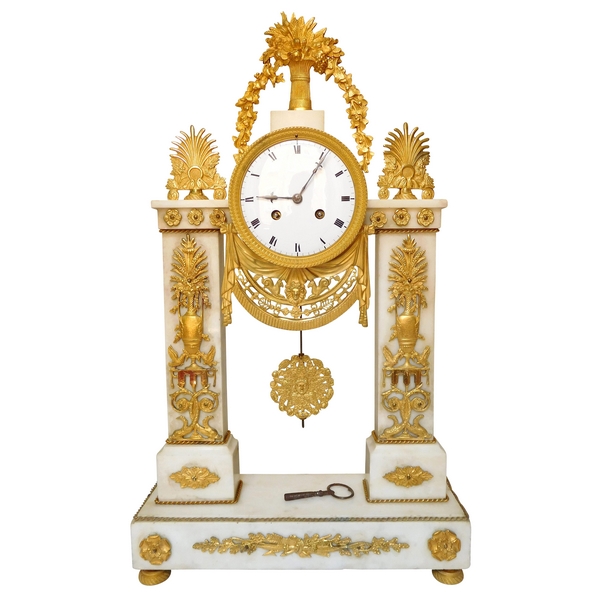 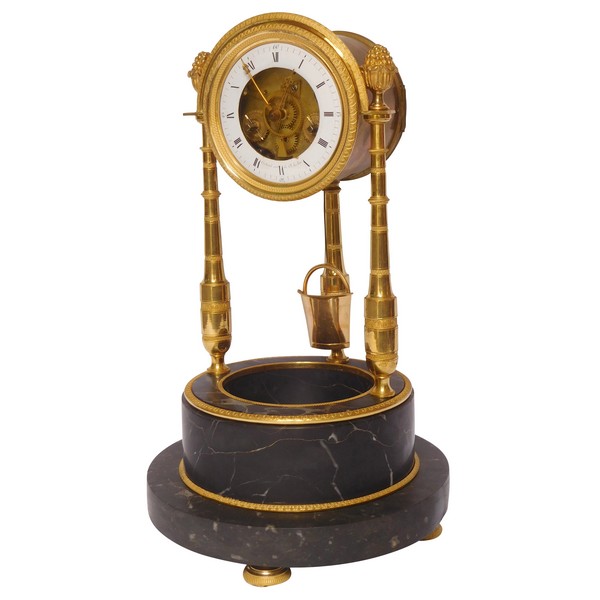 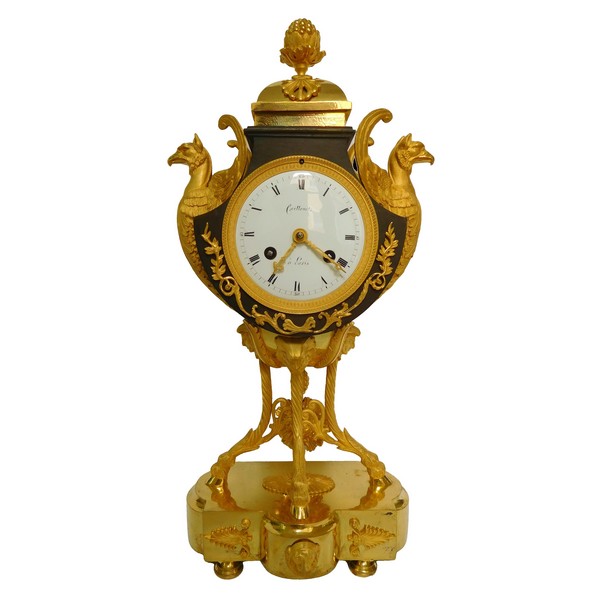