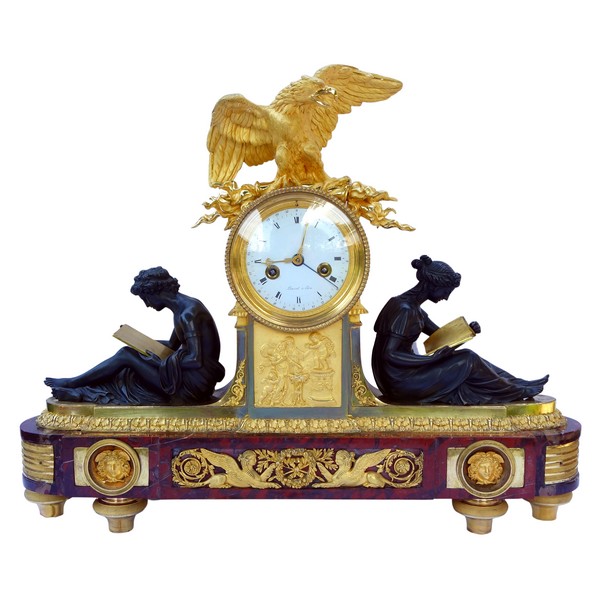 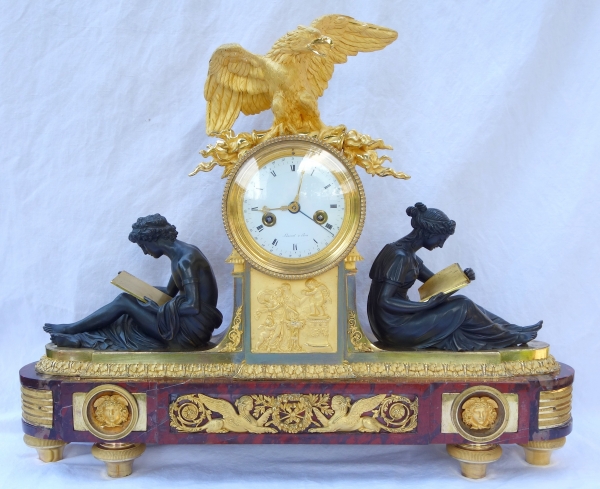 Large Empire clock, ormolu, patinated bronze and red marble base, stunning early 19th century production decorated with an eagle - imperial symbol - and a man and a woman reading on either sides.

This pattern used to be a Louis XVI model created during 18th century circa 1785 ; it is called aux marechaux model in French because Emperor Napoleon gave one to each of Marshals. 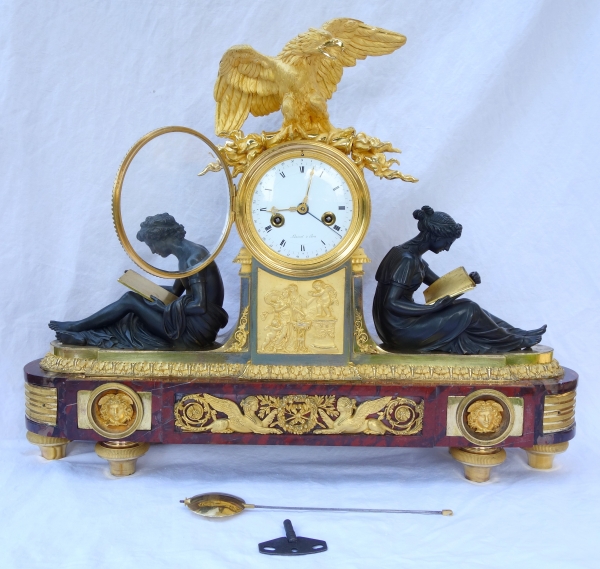 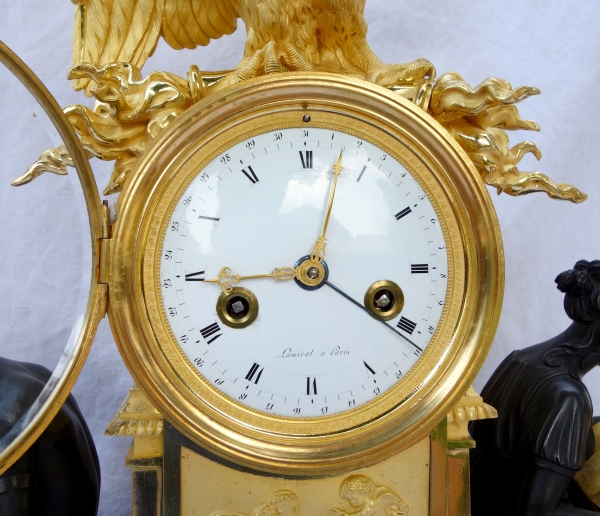 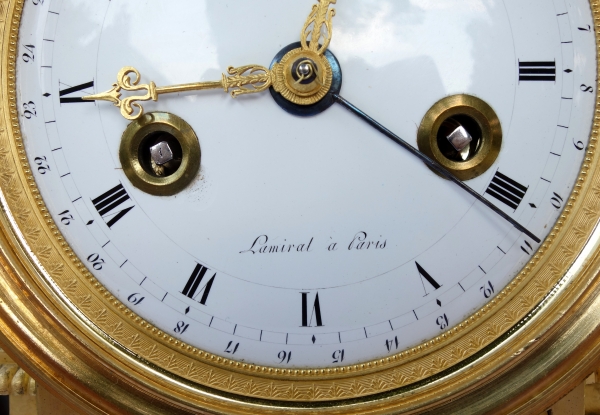 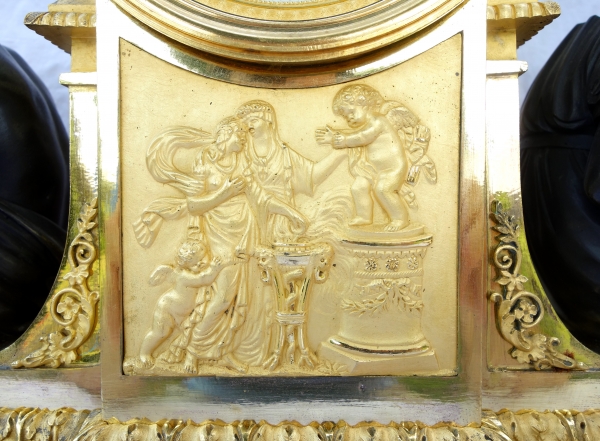 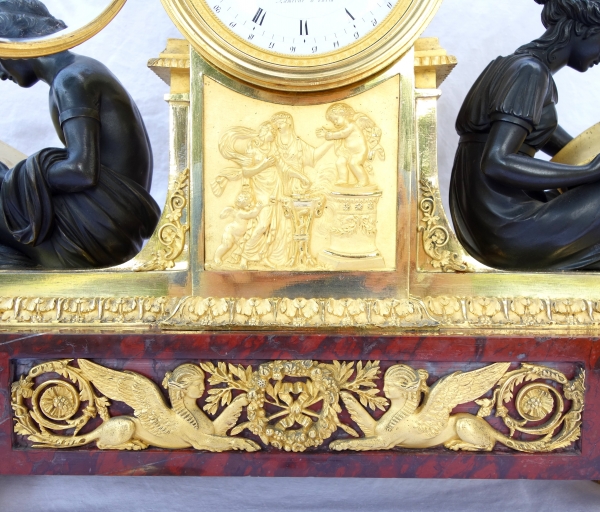 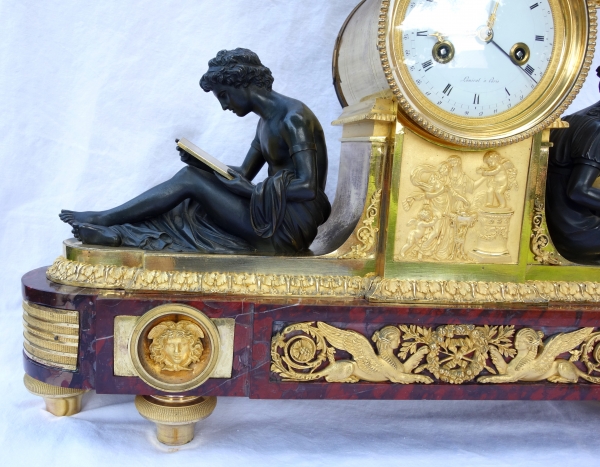 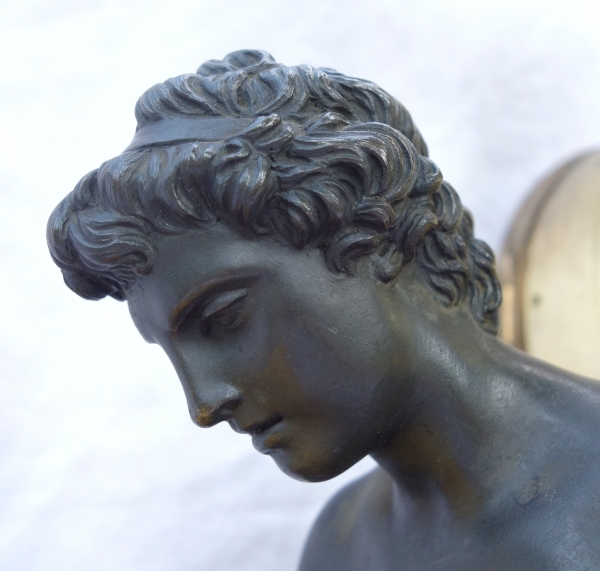 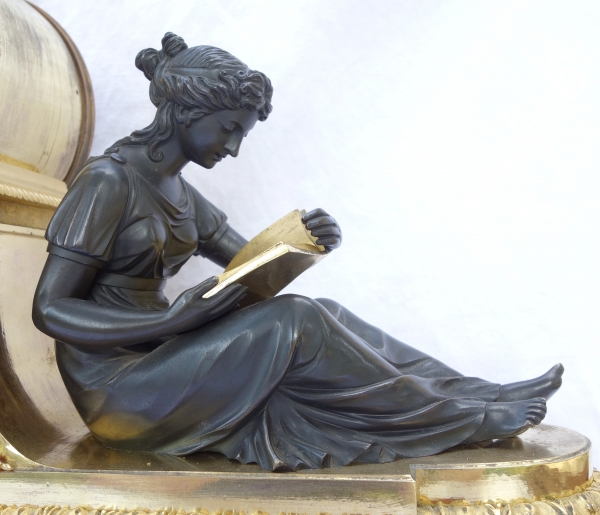 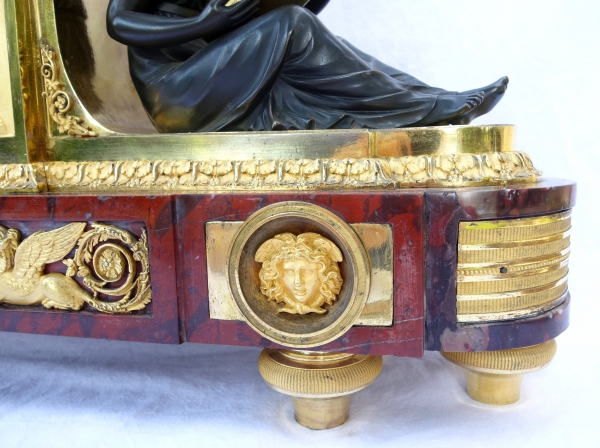 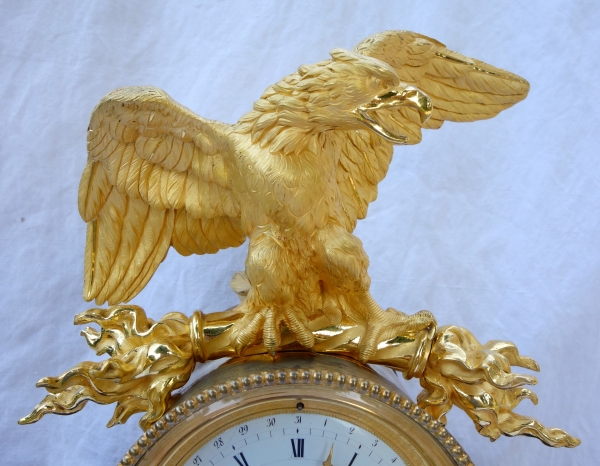 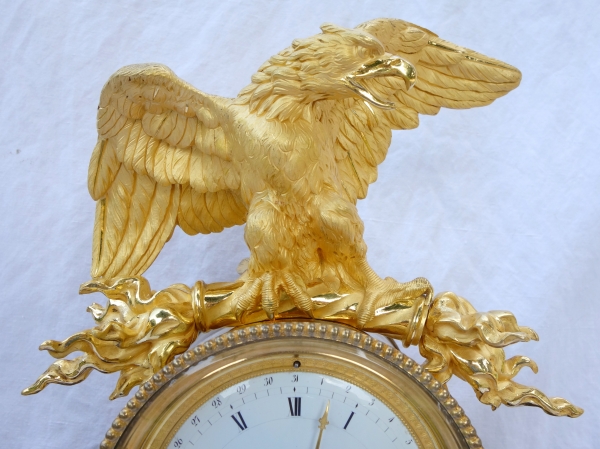 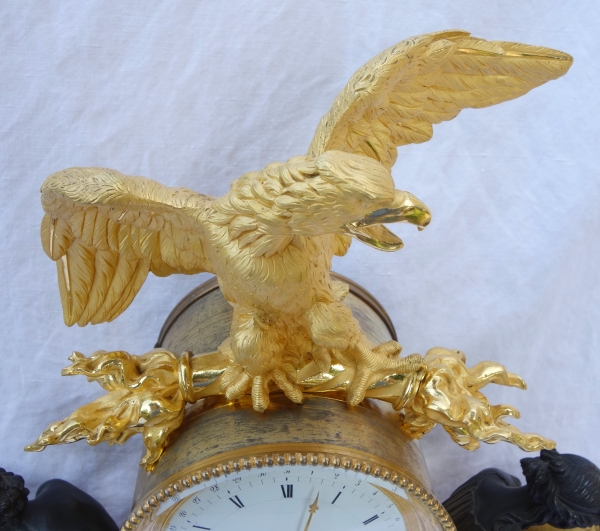 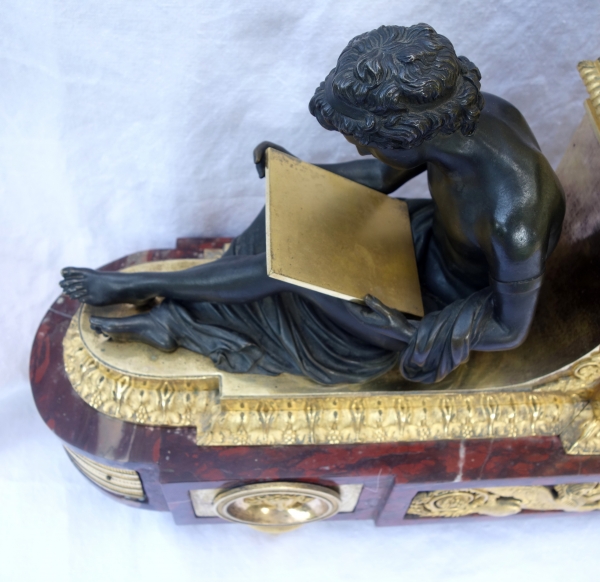 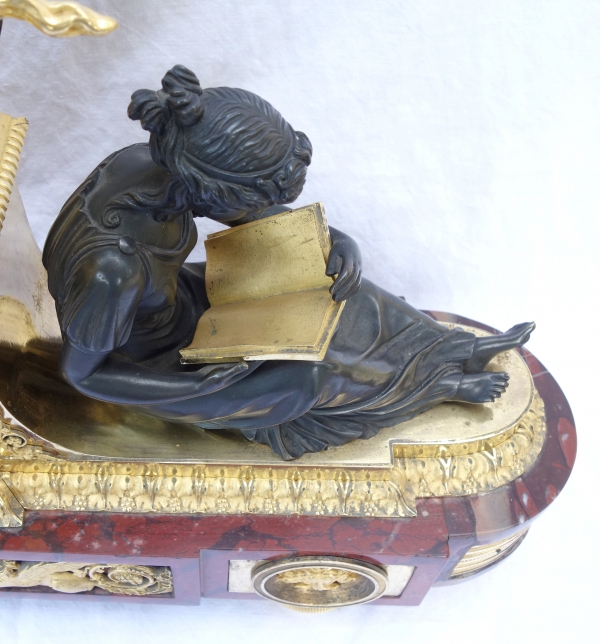 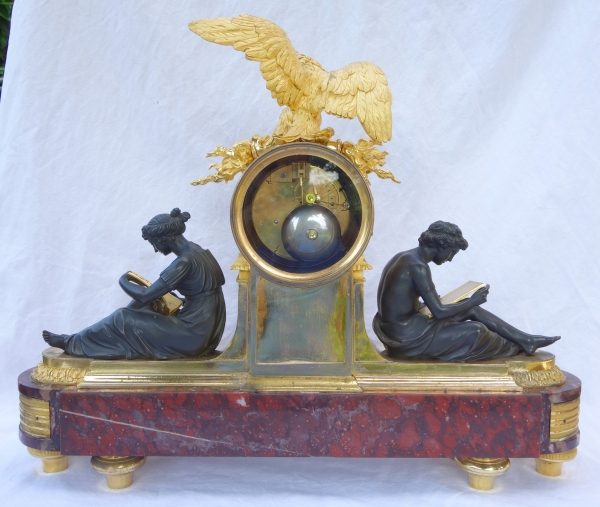 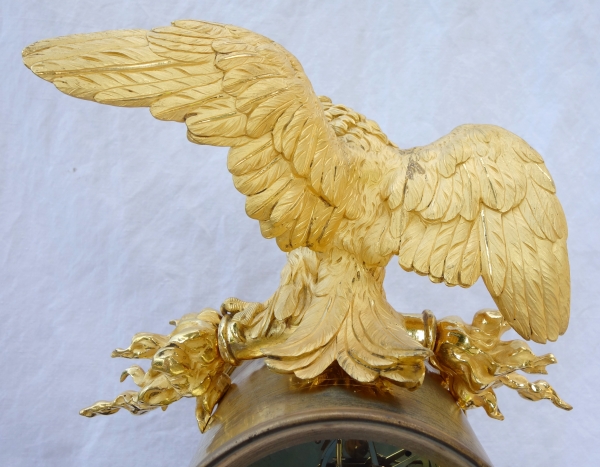 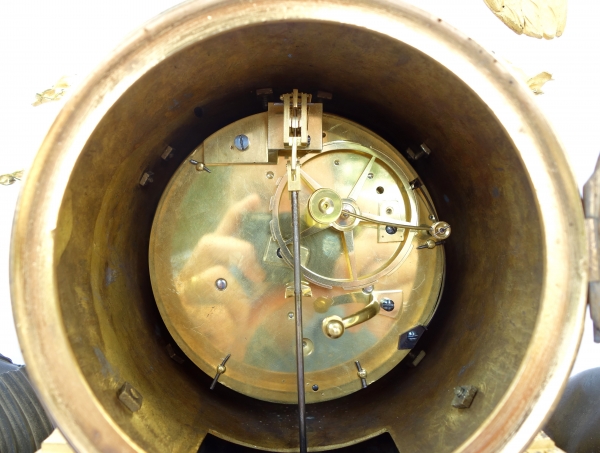 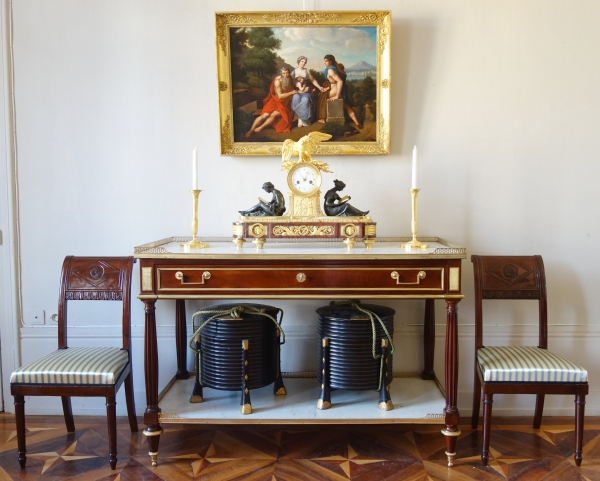 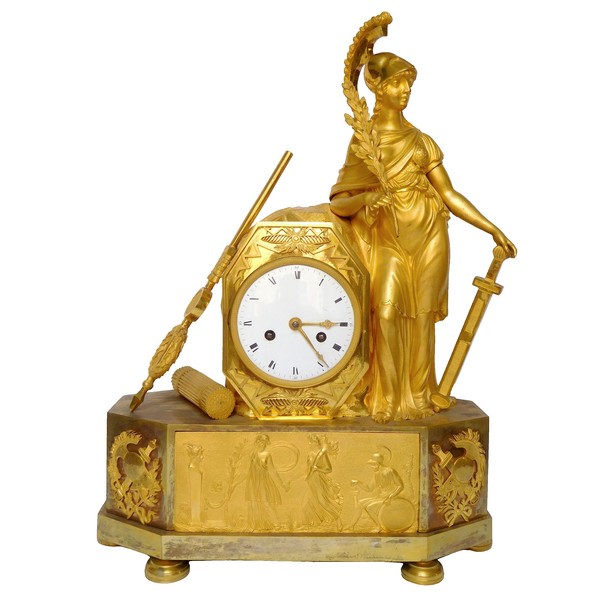 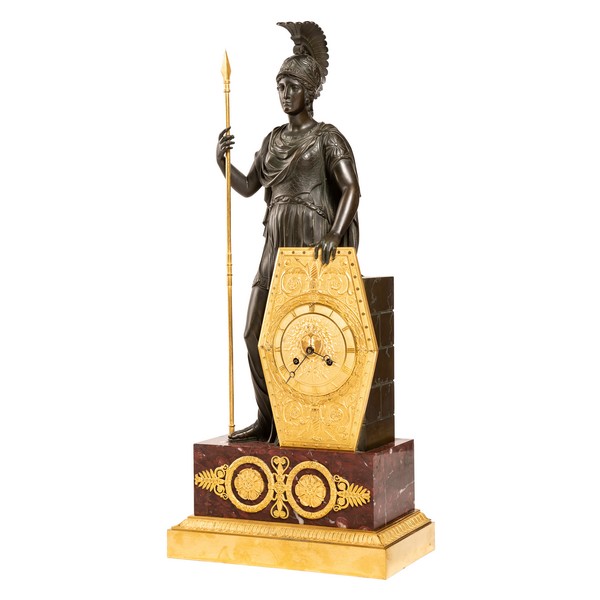 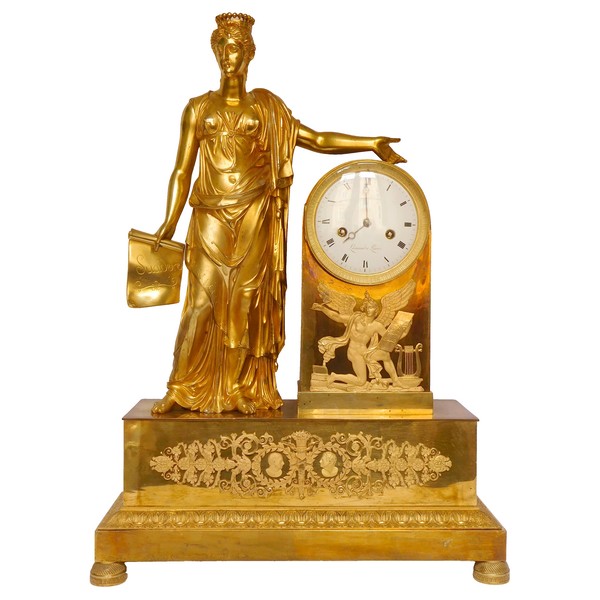 Tall Empire clock by Lesieur and Thomire - 19th century circa 1820 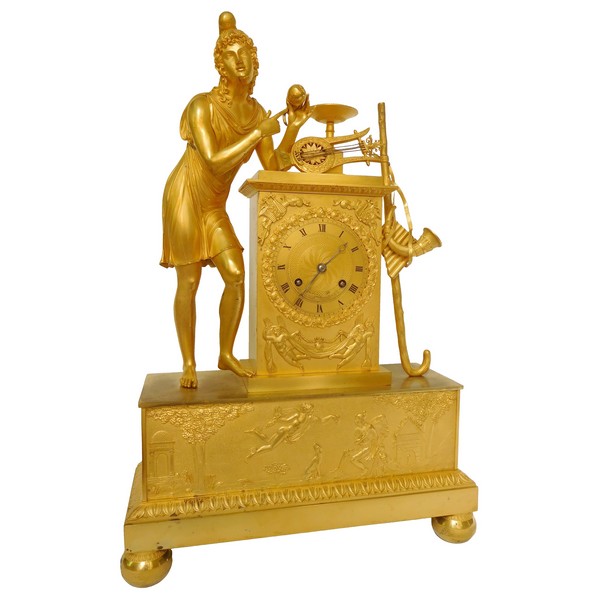