Jacob van Oost the Elder, born on July 1, 1603 in Bruges where he died between March 1 and 3, 1671, is a Flemish painter. He is considered to be the leading 17th century Bruges painters. Coming from a wealthy family, Jacob van Oost was probably a pupil of his brother Frans van Oost in Bruges. He was awarded the Guild of St. Luke in Bruges in 1621. The same year, he was sent to Rome to continue his training, where he was a pupil of Annibale Carracci and was particularly influenced by Caravaggio. He was the official painter of the city of Bruges from 1651 till his death. Most of his production was history paintings, religious subjects but he also portrayed local bourgeois, just like our lady. 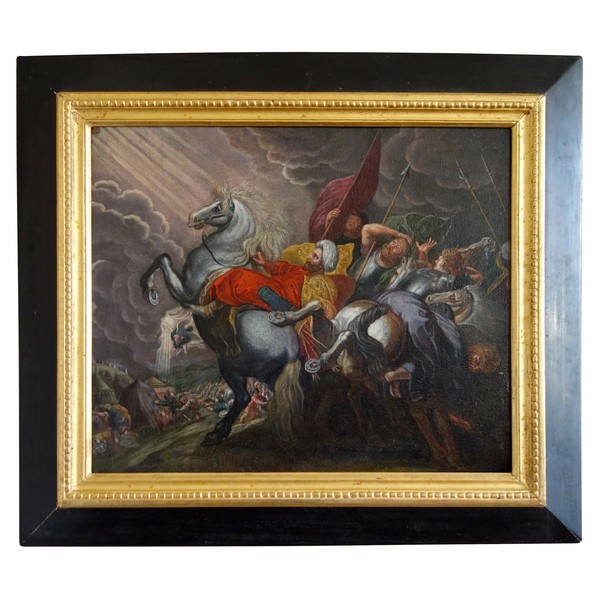