Charles Jean Baptiste Poterin du Motel, born in 1815 in Paris, portraitist and pastellist, student of Coignet and Bouguereau, exhibited his production from 1847 to 1882. The Salon de Paris was the temple of French official painting under the Second Empire.

Our portraits are an intimate work of the painter. The lady is Eugenie Roger Poterin du Motel (1839-1897), the painter's only daughter, exhibited at le Salon number 921 (1870 Salon) under title "Portrait of Mrs. R." (Mrs. Roger, his name of married woman). The young 31 years old woman is represented wearing a dress brightened with lace and green ribbons, she holds her fan in her hand.

The second portrait shows Captain Louis Eugène Roger (1832-1912), the painter's son-in-law, married to Eugenie Poterin du Motel in 1864. He wears the uniform of artillery captain and the French Legion of Honor. The original frame bears the number 1269 of 1872 salon under the title "Portrait of M LR" (Mr. Louis Roger). Just like his wife, this portrait reveals a real presence.

Beautiful set, spectacular format and very representative of the way of life of French bourgeoisie under the Second Empire. Very well executed, alive, they are really the work of a Master.

Excellent condition, paintings cleaned by our restaurateur, as well as the original frame gilded with gold leaf. No stucco missing.

Many thanks to Arnaud Gouvion Saint Cyr for his expertise to identify our portraits. 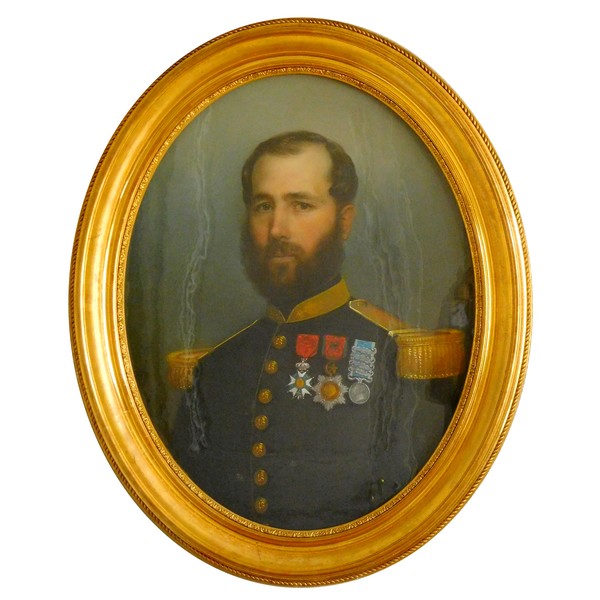 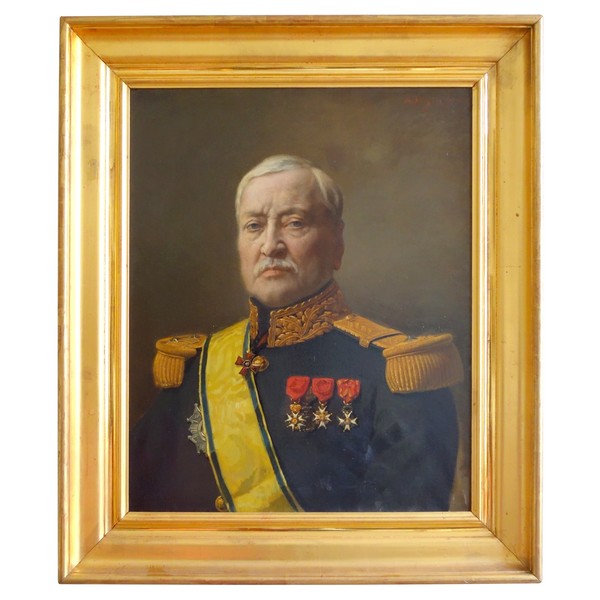